Lucy’s friend Geeta recently got married to Phil and has posted the wedding photos on Facebook. 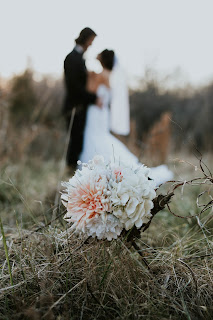 Lucy met Geeta and Phil while travelling.  Lucy thought they were very nice individually, but finds them incredibly annoying as a couple because Geeta is about 5 feet tall and Phil is 6 foot 5.

Lucy, who is pushing 5 foot 9 (or 6 foot in heels), thinks finding a nice man is hard enough without all the available tall men being snapped up by the tiny women.  She also feels sorry for all the vertically-challenged single men, who can’t find a nice petite girl because they’ve all been taken by the tall guys.

Geeta should pick on someone her own size, she fumes.  Phil should be with me instead.  We’d look so much better in photographs.

Lucy looks at the wedding photos.  In one, the couple are kissing on the steps of the church.  But while Geeta is standing on the top step, Phil is on the bottom step.

They look ridiculous, she rages. There should be a law against this sort of thing. Maybe I should start a campaign.

In another photo, the couple are holding hands and walking towards the camera while friends throw confetti.   Phil looks like a grown man while Geeta looks like a little girl.

They don’t look like husband and wife, she seethes. They look like father and daughter.   It’s kind of creepy.  I wonder if Phil has secret paedophile tendencies?

She decides she doesn’t fancy him any more.

Lucy finds it infuriating how lots of guys don’t give their height in their online profiles.  How is a girl supposed to know if a man is going to be able to enfold her in his big strong arms if she doesn’t know how tall he is?  Photos can be deceptive.   Some men only have headshots, or stand next to small things to make themselves look taller.  It’s a minefield.

Lucy assumes the ones that don’t give their stats are hiding a height deficiency, and swipes left automatically.  She’s certain that any guy who is over 6 foot would know that’s an advantage and would brag about it.   Though many who do say how tall they are seem quite pissed off about having to do so.  “6’2, because it seems to be important here.” “6’1, if it matters,” they grumble.

Lucy is fairly certain they’re only pretending to be annoyed.

Lucy once went on a date with a man who didn’t reveal his height and turned out to be about three inches shorter than her.  When she arrived he was perched on a bar stool and didn’t get up.  He remained there for the whole date and it was only when he hopped down at the end to say goodbye that she realised he was so little.  The kiss goodbye was rather awkward.   Lucy felt like The Hulk.

Now she always asks.  But some guys seem to find the question offensive.  One told her he thought it was akin to asking a woman her dress size.  Lucy thinks that’s unfair.  You can totally see if someone’s overweight from photos.

She wonders if she should post some pictures of herself standing next to wide things.