Lucy has a date with Lewis, whom she first matched with on Tinder two years ago but has never met. 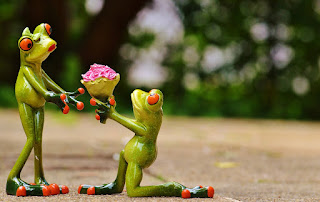 Their first correspondence ended when Lewis cancelled their planned date just a few days before. But now, two years later, they have rematched on another dating app, and have arranged to meet.  Lewis has jokingly suggested that since it’s two years since they first spoke, this means they’re celebrating their second anniversary.

Lucy thinks Lewis is hilarious and might just be her future husband.

They meet in a pub in Hammersmith.  The CityMapper app tells her it will take 30 minutes to get there, but CityMapper is clearly aimed at old people and tourists and massively underestimates the speed and efficiency of a hardened Londoner like Lucy.

As a result, she’s early.

Bollocks, she thinks.  A lady should never be early.  So what does she do?  Walk around the block a couple of times and come back in ten minutes?  Hide in the toilets and touch up her make-up?  Nip down the high street to pick up a few essentials in Boots?

In the end she does none of these things.  Instead, she heads for the bar and texts Lewis to ask him what he’d like to drink.

It’s this kind of behaviour that may well be one of the reasons Lucy is still single.  To the core she is practical and fair.  If the guy gets to the bar before her, she would expect him to get the first round in, so since she is the first to arrive, she does the same.

It’s this same attitude that means she always offers to buy alternate rounds and split the bill.  It’s the 21st century, after all.  She has a job and plenty of disposable income.  Nice as it is to be treated, she certainly doesn’t expect the guy to pay.  Especially not on the first date.

But Lucy has a sneaking suspicion that practical and fair are not actually sexy.  The longer she is single, the more she becomes convinced that her brand of independent capability is not actually what guys are looking for. As much as they may complain about high-maintenance girls, and how the fight for equal rights is too one-sided, in reality they want to pay. They want to chase. They want women who seem aloof and unavailable.

Problem is, Lucy is far too impatient to wait for a guy to chase her.  And when a guy spends money on her, she feels guilty.

Lucy needs to get a grip.

Five minutes later, Lewis arrives.  He’s exactly as expected: tall and handsome, with a full head of silvery hair, and actually wearing the red and white checked shirt from one of his photos. It’s almost as if he’s just stepped right off the screen.

The only downside is that he has something of a middle-aged paunch going on.  A clear-as-day squidgy midriff, the product no doubt of too many beers and not nearly enough exercise.  As someone who looks after herself and keeps in shape, this is a red flag for Lucy.  She’s not sure she could be with someone who didn’t do regular exercise, and a spare tyre or two is a definite turnoff.

Lucy hands him his pint and they settle at a nearby table.
“So we meet at last!” Lewis jokes.  “Happy anniversary!”
They clink glasses.
“I was going to bring you a present actually,” he adds.
“You were?  Exciting! What?”
“Well I looked it up, and the official gift for a second anniversary is paper.  So here you go…”
He solemnly hands her a paper napkin from off the table.
Lucy pretends to be delighted. 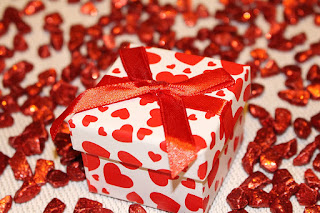 “Amazing! Thank you! But rather embarrassingly I got you the exact same thing! We’re so in tune!”
A second paper napkin is handed over.
“So if we make it to three years, what’s the next gift?”
Lewis reaches for his phone and looks online.  “Let’s see… according to Wikipedia there are old and modern ones. The old one for three is leather, the modern one is glass.  If we make it to four, you can either have fruit (old) or an electrical item (modern).”
“Think it’d have to depend on what the electrical item was. If you’re planning on buying me a washing machine for our fourth anniversary I’m dumping you right now.”
Lewis laughs.  “Fruit then. I’ll get you a banana.”
Lucy pulls a face.  But she’s having fun, and is relieved that the banter seems to be just as good IRL as it was over WhatsApp.

Over a second drink, they chat about their online dating experiences.
“So you were on Plenty of Fish?” Lucy asks.  “What was that like?”
“Just an awful lot of boobs and bits,” Lewis says with a grimace.
“Sounds right up every guy’s street! But then I’m slightly offended that you thought that’s where you’d matched with me. Clearly I’m far too classy for that sort of thing.”
Lewis pretends to be disappointed.
“So what sort of girls did you meet on there?” Lucy asks. She always likes to hear guys’ horror stories.  It reassures her that she’s still a catch.  Comparatively, at least.
He tells her about his two worst online dates.  The first was a girl who said she was 5’10 tall and had a pretty face but no full length photos.  When she showed up, she was actually 5’5 and wider than she was tall.
“Not that I would have minded the height thing,” he clarifies, “but the fact that she lied was a real turn-off.”
Lucy wonders if that’s really all there was to it.

The second bad date was with a woman who asked him whether he ever wanted to get married.  When Lewis replied that he would consider it if he met the right person, she reached into her bag and produced her own wedding planning album – a collection of magazine clippings and fabric swatches that laid out in bonkers overthought detail how she wanted her own wedding to be.  As Lewis was new to online dating at this point he didn’t realise it was OK for him to leave, so he stayed for over an hour as she talked him through her plans in psychotic detail.

Hearing stories like these makes Lucy angry.  If there are so many nutjobs out there, she rages, why the fuck can’t I find a decent guy?  I’m nice! I’m not psycho! I don’t lie about my height or my weight. I don’t have a wedding album.  I don’t send photos of my vagina or bring a friend to the date or throw a strop if something doesn’t go my way or do any of the crazy things guys have told me about.  Cute, interesting men should be queueing up to date me!

But there’s also a little niggling fear in the back of her mind that maybe she’s crazy in other ways, and just doesn’t realise it.  Wedding album girl probably doesn’t think what she did was weird.  Maybe Lucy too is the subject of some guy’s dating horror story.

But at least for now, this date seems to be going OK.  So OK, that when Lewis suggests they go for dinner, Lucy accepts.  After two large glasses of wine she’s a little tipsy, and needs to eat before she says or does something that would be truly worthy of a dating horror story.

They head to Hammersmith’s branch of Bill’s.  Lewis orders something involving fish, and Lucy, who has alcohol munchies, orders a burger.  Not the sort of girl to pick at her food in front of a man, that’s for sure. 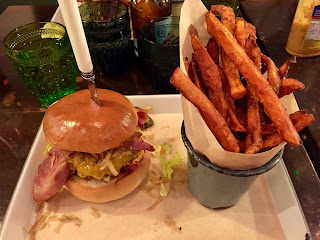 She regrets her choice when the burger arrives. It’s huge and juicy, and she has absolutely no idea how she is going to get it into her mouth with any kind of dignity.  Lewis laughs and watches intently, enjoying her discomfort.

There is only one thing she can do, and that is to go for it.  Guys like girls who eat, right? And they like girls who put things in their mouths in a suggestive fashion?  Is it possible to eat a massive burger in a sexy way?  She’ll just have to give it a go.  Feeling totally self-conscious, she picks up the burger in both hands, locks eyes with Lewis, and then takes the biggest bite she can manage.  Juice and ketchup ooze out the back of the bun and run down her hands, but Lewis appears to be captivated.  Win!

“So where are you from?” Lucy inquires.
“I’m from Sunderland.  I know, shocking, right?  You can leave if you like, I’ll understand.  But before you do, please note that I managed to escape, and I now have a glamorous media job and wear Converse trainers and everything!”
“Is Sunderland so bad?” Lucy asks. “I’ve never been.”
“Well put it this way, people from up there are usually born with six fingers.  I only have five because I had the extra ones cut off at birth.”
“That’s a shame,” Lucy laughs, “You’d have been excellent at playing the piano.”
“Actually, I don’t have a problem with Northern men,” Lucy confesses.  “My Ex was from Newcastle.”
“My God!” Lewis pretends to be horrified.  “Sounds like you had a lucky escape!”
“Well it wasn’t so bad.  And when he left I got to keep the TV, so that was nice.”
“Is it a big TV?”
“Yeah, pretty big,” says Lucy.  He was into playing video games, so he chose quite a good one.”
“I have a big one,” says Lewis, cheekily.  “It’s huge.  Massive, you might say.”
“It is?” Lucy pretends not to know what he’s implying.  “How many inches?”
“Oh, many, many inches.  It’s huge.”
“Alright, I get the picture!” Lucy laughs.
“Massive.” Lewis adds with a wink.

Dinner over, Lucy pops to the loo.  When she gets back, Lewis has paid the bill.  Lucy thinks that’s very charming and chivalrous, and she doesn’t feel too guilty because she had no say in the matter, and because she thinks she’d like to see him again.

They walk back to the tube station together.  Will there be a snog?  Lewis is funny, and Lucy’s had a good evening and several glasses of wine, but even so, she’s not particularly feeling the urge to kiss him.  Something’s missing.

They say goodbye with a hug and a peck on the cheek.  Still, if he asks, she’d have a second date. You know, just to see…